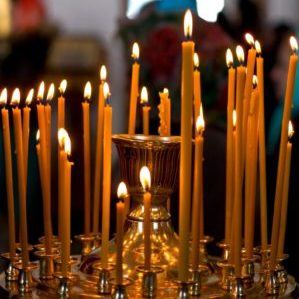 What do we mean by “ritual”?

As we’ve been contacting communities seeking responses for this study, we’ve received a lot of (not unexpected) questions about this, both from people who aren’t sure whether what they do is really ritual, and from people who are very vehemently certain that it isn’t.

So let’s talk about language. Specifically, let’s talk about the challenge of trying to find one word that describes a lot of very different stuff. Because we couldn’t actually call this project “British people doing things connected to their faith or belief a little bit differently (or maybe not) because of Covid-19”--even though that is really what we mean when we say “Ritual Innovation”.

In a pluralistic society like Britain, many of the practices that we place under the umbrella of "ritual" have their equivalents in heritage languages and philosophical traditions of the many and incredibly diverse faith and belief communities we are trying to reach through this study. Admittedly, the broad concept of "ritual" is bound to obscure some of those nuances and, therefore, we are actively working on contextualising our terms through feedback from our research participants.

Some communities have very negative associations with the word “ritual”. To them it refers to empty ceremony, a superstitious sort of magic, or possibly even to idolatry, to a distraction from what they’re actually trying to do in their religious practice. Members of these communities would be much more comfortable if we used another word--like, for example, coming together, communion, gathering, spiritual practice, worship, or even the names of very specific activities.

It’s easy to get so used to the way we ourselves use language that we don’t hear how it sounds to others. The terms that are to some communities the only accurate description of what is happening when they gather together can, for others, be inaccurate, inhospitable, even alarming. Would "communion" or "worship", for instance, encompass the important work that Humanists do in helping people navigate through life transitions?

Most of these associations aren’t inherent to the words themselves, but shaped by the history of religious communities trying to differentiate what they do from what other communities do. The lack of a single acceptable word for religious people doing religious things isn’t a bug in our language, it’s a feature.

Within the academic study of religion, the most neutral (1) word for this sort of activity is “ritual”, and so that’s the language that we’ve used for this project. We’re using the word “ritual” as a placeholder for a wide range of activity, including but not limited to ceremonies, chanting, communion, davening, devotions, feasting, jumma, meeting, practice, prayer, puja, rites, worship--any sort of “doing” or active performing of faith or belief that takes place in a group. The value in this study addressing this wide range of practice is that it lets us focus on issues that are common among multiple faith and belief communities: how to manage the problem of singing or praying out loud with videoconferencing delays, how physical movement (sitting down, standing up, bowing, kneeling) happens in relation to a webcam, how important the feeling of a building is or isn’t, how to help people feel connected not only to a higher power but to one another. And focussing on common issues means that communities can also share practical solutions--something we aim to facilitate among the members of our action research working group.

Any activity that a community normally does together is something that we want to hear about. And we want to hear about it in words you are most comfortable using. Our survey has included a lot of space for free text answers, so please use it to tell us what is most important for you, in the most fitting language.

(1) Vincent would like to point out that no language is truly neutral, and in fact the academic study of religion initially used this word specifically to describe non-Christian practices in order to differentiate them from “proper worship”--but then students of ritual began to think of “ritual” as a broadly human activity that could be best understood through comparison, and so started to analyse Christian practices using the same theoretical framework and thus, within the academy, the word lost most of the pejorative association that some of our respondents are hearing attached to it, which doesn’t make its history any less of a problem, but since every single part of the field has a similarly problematic history she’s kind of gotten used to it.