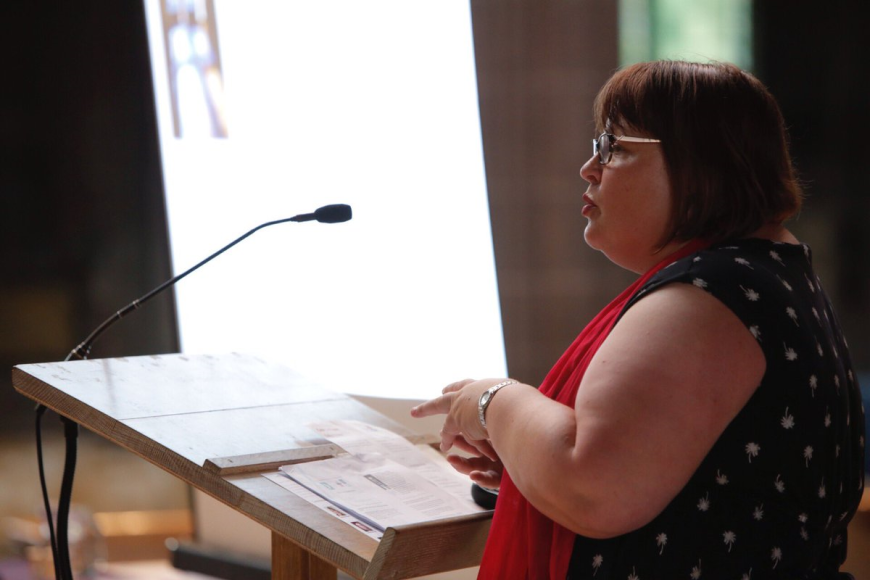 As a team, we are saddened and diminished by the passing of a member of our project advisory board, Dr. Bex Lewis.

Bex was the sort of colleague who we all want to have: generous with her time, insightful, and very, very kind. This is a combination of traits that is quite uncommon in the academic world, where people can sometimes be a bit precious about their research and ideas. Bex’s approach was different. She treated her work as a gift, her way of reaching into the world and lifting up other people.

We do a disservice to Bex if we think of her generosity and kindness as something that just came naturally to her. Of course, these things were expressions of who she was, but they were also the result of a great deal of deep thinking about the role of social media in the life of the Church. She lived out the values she uncovered in her research in a profound and meaningful way, to the point that it became difficult to tell where the study of fellowship and generosity ended and the living of it began.

It was clear from her conversations with us that she had thought very carefully about social media as a tool that could help shape people’s lives, for better or for worse. Bex’s commitment was to use it for the better. Her social media presence was based on the idea of genuine human beings listening to one another, feeling heard, being supported. Every conversation we had with Bex was marked by her commitment to make a social media life that is genuinely Christian, that is based on discipleship, fellowship, and support.

Of course, we feel her loss to the BRIC-19 project profoundly; her academic experience and wisdom helped to shape this project immeasurably. The online community building she modelled has been a profound influence on our approach, even though our project differs from her work in a number of important ways—the differences mattered less, in our collaboration, than the joy of collaboration itself. That joy and enthusiasm shone in her face whenever we talked. And we know from hearing from so many of Bex’s friends and colleagues that that joy was something she brought to everything she did.

More than anything else, this is Bex’s legacy: she modelled a public presence that invited genuine friendship. And by doing that herself, she suggested ways that the rest of us could do it, too. #BeMoreBex